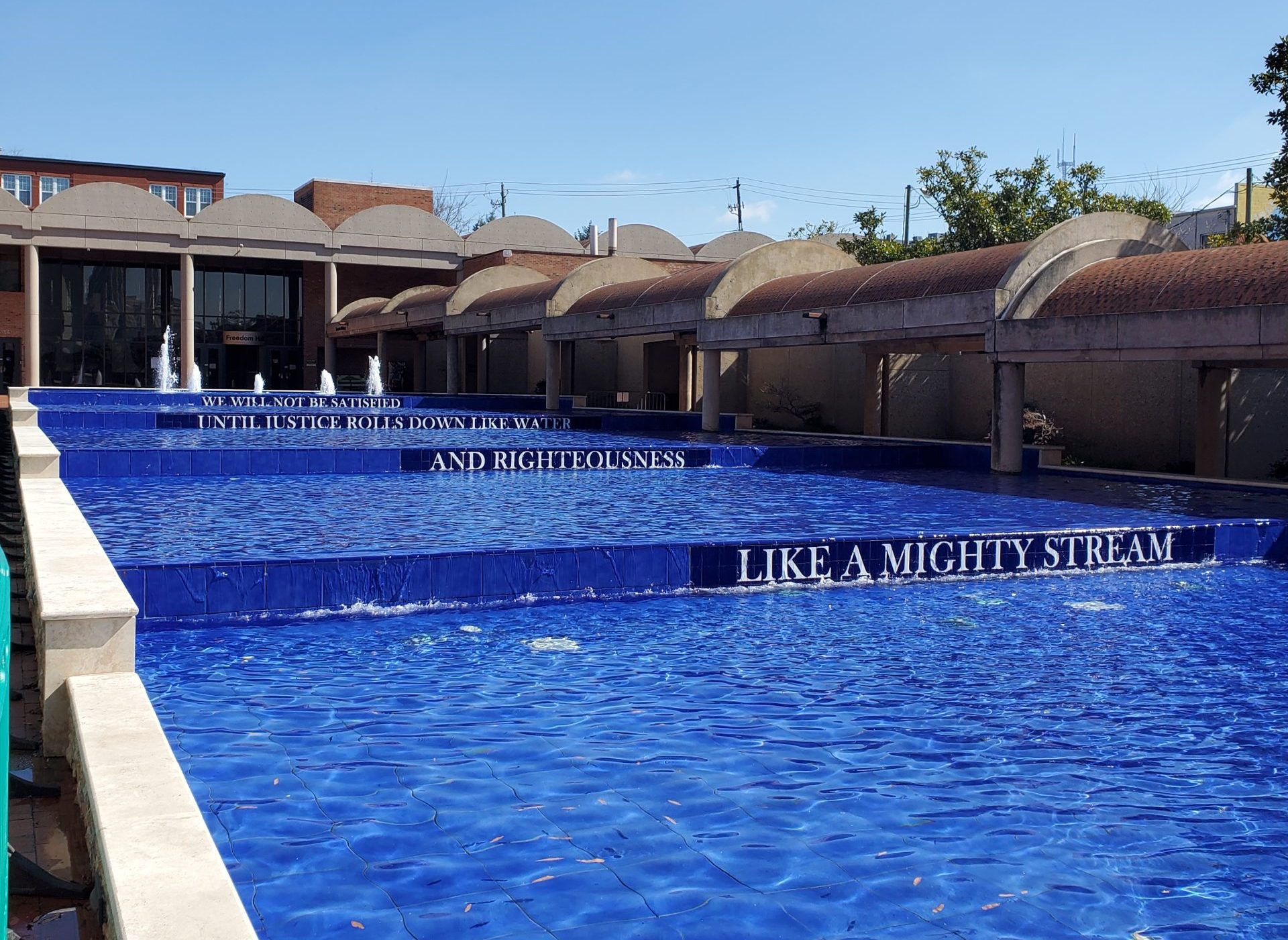 The following blog post is the expressed opinion of the writer and does not necessarily reflect the views of Tysons Interfaith or its members.

On a road trip to the American South we recently saw the grave marker of Rev. Martin Luther King Jr. and his wife, which sits in a large pool of water next to the church where he (and his father before him) preached in Atlanta. Particularly powerful was a mural with his six principles of nonviolence, which in his view led to the “beloved community,” which is also described. One particularly powerful principle is #3, which says, “nonviolence seeks to defeat injustice not people.” We also thought the description of the beloved community is similar to what the interfaith movement seeks to achieve, where different faiths can cooperate to work toward common goals for “worldwide elimination of poverty and hunger and all forms of bigotry and violence.” 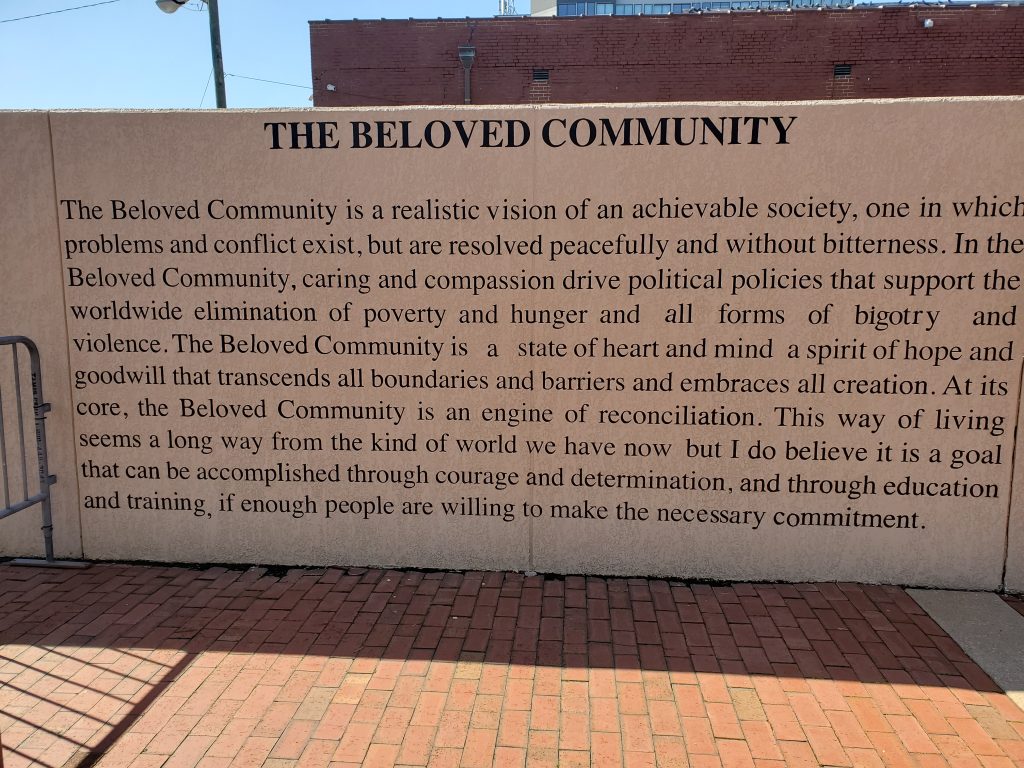 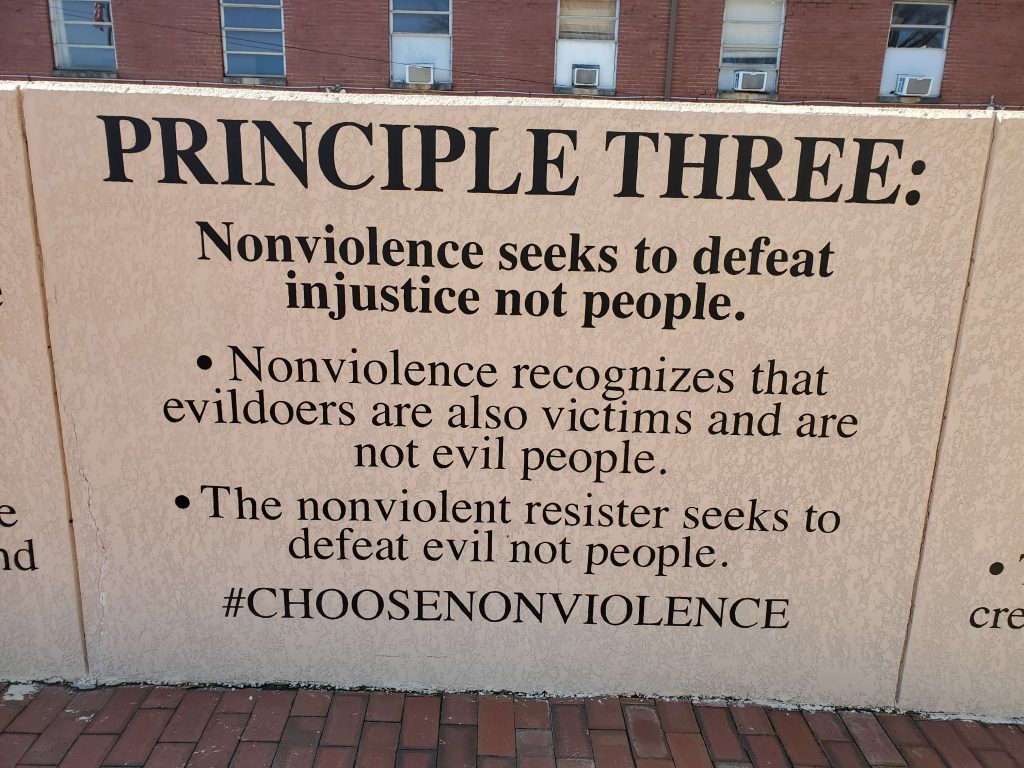 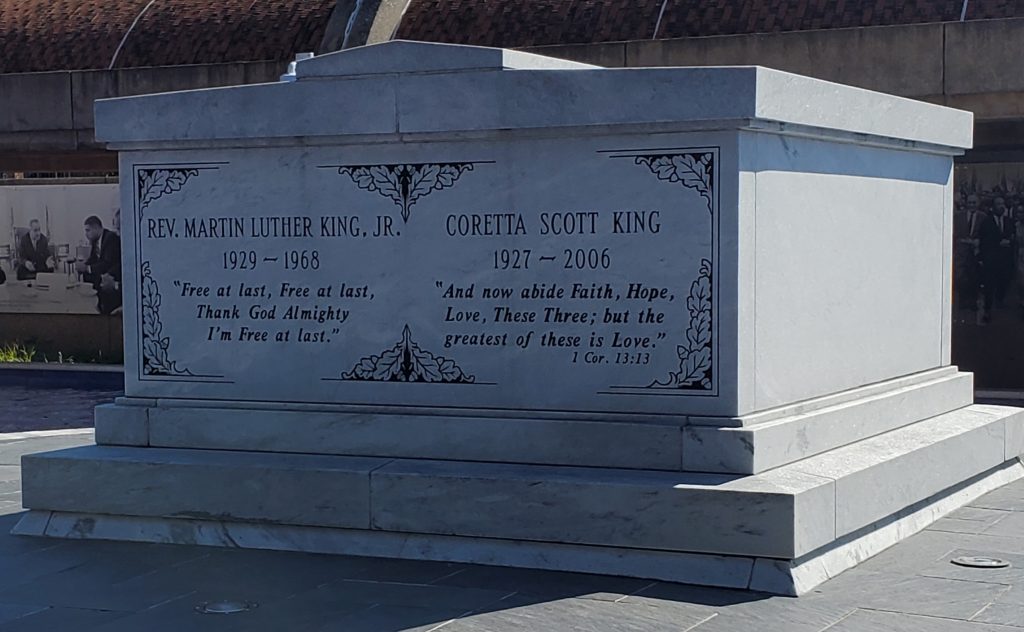 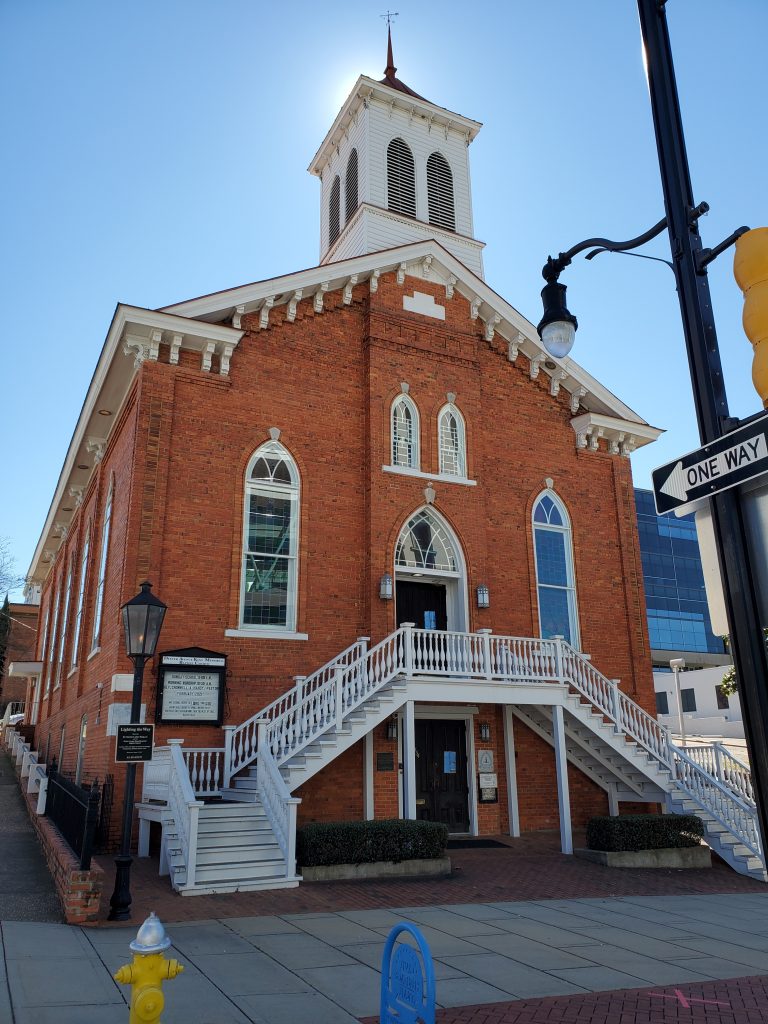 Picture of the Dexter Memorial Baptist Church in Montgomery, where Dr. King preached from 1954-1960, and where the Montgomery bus boycott was organized in 1955.

The Church of Jesus Christ of Latter-Day Saints