Heroes of Faith in the Civil Rights Movement 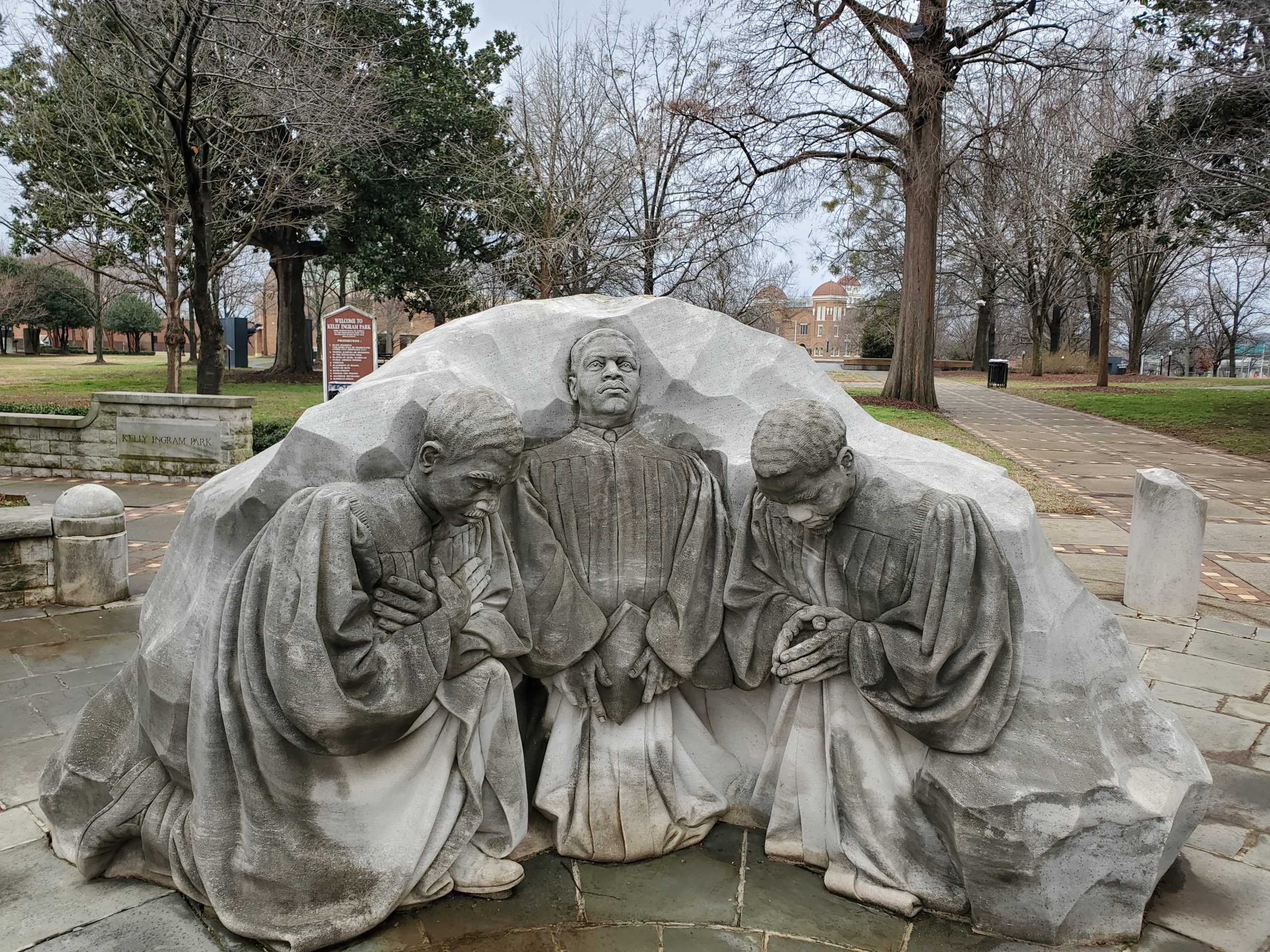 Heroes of Faith in the Civil Rights Movement

This past Sunday, March 7, was the 56th anniversary of Bloody Sunday in Selma, Alabama, where hundreds of people marching for voting rights for African Americans, including John Lewis, were attacked and beaten by the local sheriff and numerous others after crossing the Edmund Pettus Bridge.  About a week before that, on a tour of civil rights sites in the South, we walked across the bridge, which was a very moving experience as we contemplated what had happened there fifty-six years earlier.

One thing that impressed us as we toured several sites in Alabama and Georgia is the involvement of so many people of faith in the civil rights movement.  While some of them, such as Martin Luther King Jr. and Ralph Abernathy, are well known, some quiet heroes are not so well known.  The incident that triggered the march on Bloody Sunday was the killing of Jimmy Lee Jackson, pictured below, who was shot by a state trooper as he participated in a nonviolent march for voting rights in Marion, AL, not far from Selma.  Jackson, a twenty-six-year-old Vietnam war veteran and young father, had recently become the youngest deacon in his Baptist Church, see, https://www.biography.com/activist/jimmie-lee-jackson.

Shortly after Bloody Sunday, Martin Luther King Jr. invited people of faith and others to come to Selma to support a march to Montgomery in support of voting rights.  James Reeb, a white Unitarian Universalist minister from Boston, responded to the call.  On the evening of March 9, 1965, walking back to his hotel from dinner with two other ministers, he and the others were badly beaten by four white supremacists, and Reeb died shortly thereafter in a Birmingham hospital, leaving a wife and two young children.  A powerful NPR podcast goes into Reeb’s death and the situation in Selma in riveting detail, https://www.npr.org/podcasts/510343/white-lies.

In Birmingham, the local leader of the movement was Rev. Fred Shuttlesworth, pastor of the Bethel Baptist Church,   https://en.wikipedia.org/wiki/Fred_Shuttlesworth.  He participated in lunch counter sit-ins, supported the Freedom Riders, and in 1957 was beaten badly when he attempted to enroll his children in an all-white school.  He was described this way by one of the organizers of the later Freedom rides:  “Fred was practically a legend. I think it was important – for me, definitely, and for a city of people who were carrying on a movement – for there to be somebody that really represented strength, and that’s certainly what Fred did. He would not back down, and you could count on it. He would not sell out, [and] you could count on that.”

The Birmingham Airport has been renamed to honor Shuttlesworth.  Also, in Kelly Ingram Park in Birmingham, where many of the famous marches occurred, there is a monument to honor ministers who supported the marches, and also a lovely monument to the four girls that were killed in the bombing of the 16th Street Baptist Church in 1965 (located across the street from the church).