The Jewish Holiday of Passover – A Celebration of Freedom 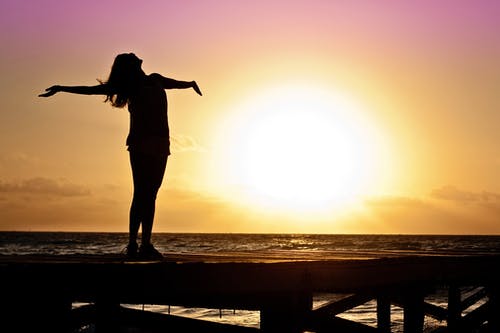 The Jewish Holiday of Passover – A Celebration of Freedom

In our Torah (the scroll with the first five books of the Bible penned by hand in Hebrew), one of the most important ideas is freedom. This includes the story of Passover, which begins in ancient times with Abraham, the first person to have the idea that maybe all of those little statues his contemporaries worshipped as gods were just statues. The idea of one God, invisible and all-powerful, inspired him to leave his family and begin a new people in Canaan, the land that would one day bare his grandson Jacob’s adopted name, Israel.

God made a promise to Abraham that his family would become a great nation, but this promise came with a frightening vision of the troubles along the way. “Your descendants will dwell for a time in a land that is not their own, and they will be enslaved and afflicted for four hundred years, however, I will punish the nation that enslaved them, and afterwards they shall leave with great wealth.”

In the years our ancestors lived in Egypt, our numbers grew, and soon the family of Jacob became the People of Israel. Pharaoh and the leaders of Egypt grew alarmed by this great nation growing within their borders, so they enslaved the Israelites. The Israelites were forced to perform backbreaking labor.  The Egyptians feared that even as slaves, the Israelites might grow strong and rebel. So Pharaoh decreed that Israelite baby boys should be drowned to prevent Israelites from overthrowing those who had enslaved them.

But God heard the cries of the Israelites. God then sent upon the country that enslaved them ten devastating plagues, afflicting and destroying everything from their livestock to their crops.

At the stroke of midnight on 15 Nissan 2448 BCE, God released the last of the ten plagues, the killing of the firstborn. While doing so, God spared the children of Israel, “passing over” their homes, hence the name of the holiday.

Pharaoh’s resistance was broken, and he virtually chased his former slaves out of the land. The Israelites left in such a hurry that the bread they had baked as provisions for the way did not have time to rise. Hundreds of thousands of Israelites- men, women and children, were freed from slavery that day, and began their trek to Mount Sinai.

The Jewish holiday of Passover celebrates the liberation of the Israelites from Egyptian Slavery. Jews around the world celebrate this traditional eight day holiday every year. We have first and second night Seders. We eat Matzo instead of bread. We have first night and last night worship services.

The Hagaddah (Order of the Passover Seder) tells the story of our freedom. The Haggadah tells about how the Jewish people were slaves and then became free.  Everyone at the table takes part in the Seder. Children are an integral part of the experience, bridging children and the adults who can bring a unique perspective to any Seder, as each year they participate with fresh eyes. Young people are still questioning, struggling, and wrestling with the themes that we experience during Passover as they contemplate their own journey toward adulthood. Adults question these themes as well, and many times write their own Seders to enhance and update their beliefs and add in current themes of freedom.

It is a mitzvah (commandment) to re-live this dramatic event, the emergence of the Israelites from slavery to freedom. Passover also opens each of us up to questions of freedom today. We discuss those who still are not free and how we might help them in their struggles. What WE can do to support those who are still not free- emotionally, physically… or otherwise.