Why the Peace Corps (and Mutual Understanding) Matters 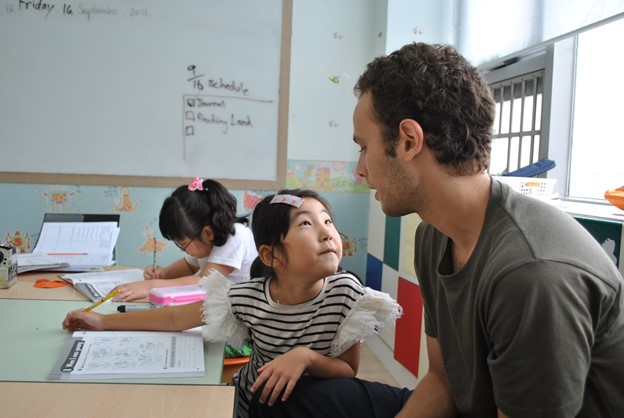 Why the Peace Corps (and Mutual Understanding) Matters

The Republic of Korea or South Korea is special in that it is the only Peace Corps-recipient country to create its own similar agency (KOICA) and because we got there late when the poverty most Americans expect to see in places we send our volunteers was disappearing. They also have more Christian missionaries around the globe today, second only to us. Here are some photos dating back to my days in South Korea as a Peace Corps volunteer: a typical bus ride; a look out from inside such a bus; a traditional house found only at museums now:

More follow of old men at Heiinsa (Buddhist) Temple, home to the oldest print blocks (Buddhist scriptures) in the world (and you thought Europe invented printing);  a sign suggesting there was good reason for us English volunteers to be teaching middle school in the first place (the “23th Century” bit should read “In Year 23 of the reign of King Kong Min of the Goryeo Dynasty” — that’s 1371 CE by the way, the king and his dynasty fading away not long after); and how the typical Korean middle school student approached learning English back then:

But then look at this recent photo showing a cute elementary school girl student rapt in attention at the teaching of the hip son of a K-30 Peace Corps volunteer (we instantly date each other by our group number):

A good many years have elapsed since my days in the Peace Corps and his.  But the beauty of the endeavor is still the same.

Some of us from my K group and a few others had a reunion of sorts recently enjoying each other and being unmasked in the beautiful sun of Front Royal. Lots of Korean and American food and drink. Our old Peace Corps Korea Director was there, and as our eyes rolled, he famously again lectured us on the importance of these sacrosanct Peace Corps goals:

1. To help the people of interested countries in meeting their need for trained men and women.

2. To help promote a better understanding of Americans on the part of the peoples served.

3. To help promote a better understanding of other peoples on the part of Americans.

There is an obvious connection to what Tysons Interfaith is about.  Promoting better understanding between people wasn’t a bad idea then and it ain’t such a bad idea now, either.