Taoism and the Mystery of Darkness 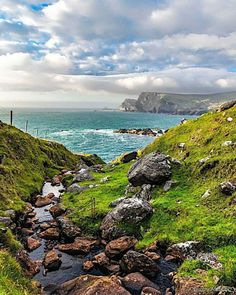 Taoism and the Mystery of Darkness

Someone once told me, I don’t know if it’s true, that the Tao Te-ching (Dao De Jing) the classic of Chinese Taoism (Daoism) has been translated more times than the Bible. Well, here’s my translation of the first few lines, modified from that of the great Christian missionary, James Legge, whose poetic rendering of the middle lines I leave intact:

The Tao that can be spoken of is not the enduring and unchanging Tao.

The name that can be named is not the enduring and unchanging name.

The unnameable is the Originator of heaven and earth;

the nameable is the Mother of all things.

Always without desire we must be found,
If its deep mystery we would sound;
But if desire always within us be,
Its outer fringe is all that we shall see.

Evolving from these two aspects, which are really the same,

Together we call them the Mystery of Darkness.

Where the Darkness is the deepest is the gate of all that is subtle and wonderful.

Until recently, the Chinese have followed the ideas and beliefs of Confucius, who did not have much time for religion, which he mocked once as being overly concerned with “ghosts.” But right from the outset, and this was a very long time ago, the Chinese knew something was missing, so a group of mystics grew up in radical opposition. And later the Chinese embraced Buddhism until finally the Confucians threw in the towel and created a synthesis called Neo-Confucianism, which lasted until the Communist Revolution.

“At fifteen, I had my mind bent on learning. At thirty, I stood firm. At forty, I had no doubts. At fifty, I knew the decrees of Heaven. At sixty, my ear was an obedient organ for the reception of truth. At seventy, I could follow what my heart desired, without transgressing what was right.”

I’m not quite seventy, but I’ve been receiving a lot of truth lately, so here comes my take on the Mystery of Darkness and nothingness.

From the Jewish commentary on the first lines of Genesis, we have the following:

So, in both the Judeo-Christian and Chinese tradition there was a primordial darkness, void, or apparent chaos at the beginning of creation. What God’s followers have been trying to do ever since is to advance God’s perfect kingdom on earth. The Taoists believe, apparently, that this is folly, because good and evil are bookends, like Yin and Yang. And the Buddhists warn that all is suffering. For the People of the Book, and that includes our Muslim sisters and brothers, this simply will not do.  Where there seems to be agreement among the traditions, however, is a deep and abiding respect for the “Originator of heaven and earth.”