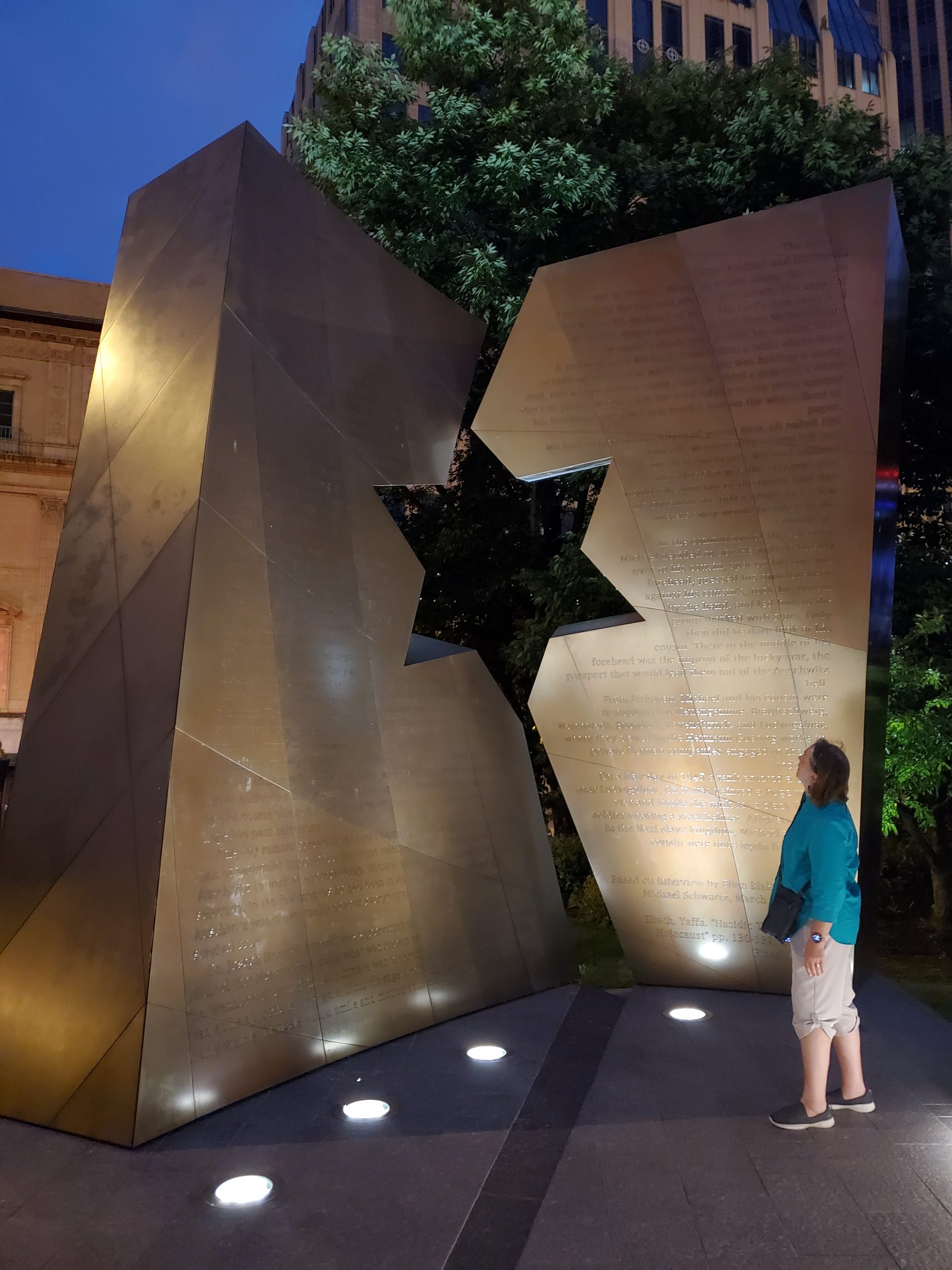 On a recent road trip to the west, we stopped in Columbus, Ohio.  Among other things, we saw the Ohio Capitol building, which was beautiful and distinctive, especially at night.  [Interesting fact – You might think they didn’t finish the dome, but the horizontal top was on purpose, to reflect the Greek Revival style to honor the Greek concept of democracy, whereas domes are more Roman style.]

One thing we didn’t expect was a Holocaust and Liberators Memorial on the Capitol grounds.  Apparently during a Holocaust remembrance ceremony several years ago, the governor was so moved he said the state needed a more formal Holocaust Memorial, so one was commissioned.  It is solemn and powerful, as you can see from the pictures (we thought particularly moving at night).

The memorial speaks for itself, but we were particularly inspired by the timeless quotes on the marble wall leading to the monument:

“If you save one life, it is as if you saved the world.”

“Every human being who chooses to remember this chapter in history and to infuse it with meaning is thereby choosing to struggle for the preservation of the bedrock moral values that alone make possible the existence of well-ordered society.  This is a commitment to uphold human rights, above all, freedom and the sanctity of life, and the opportunity for people to live side by side in harmony.”

For more information on the memorial, see, http://www.ohiostatehouse.org/about/capitol-square/statues-and-monuments/ohio-holocaust-and-liberators-memorial.  We particularly recommend the story of Michael Schwartz which is inscribed on the main part of the memorial.”