A Pagan and a Priest Walk into a Bar…. 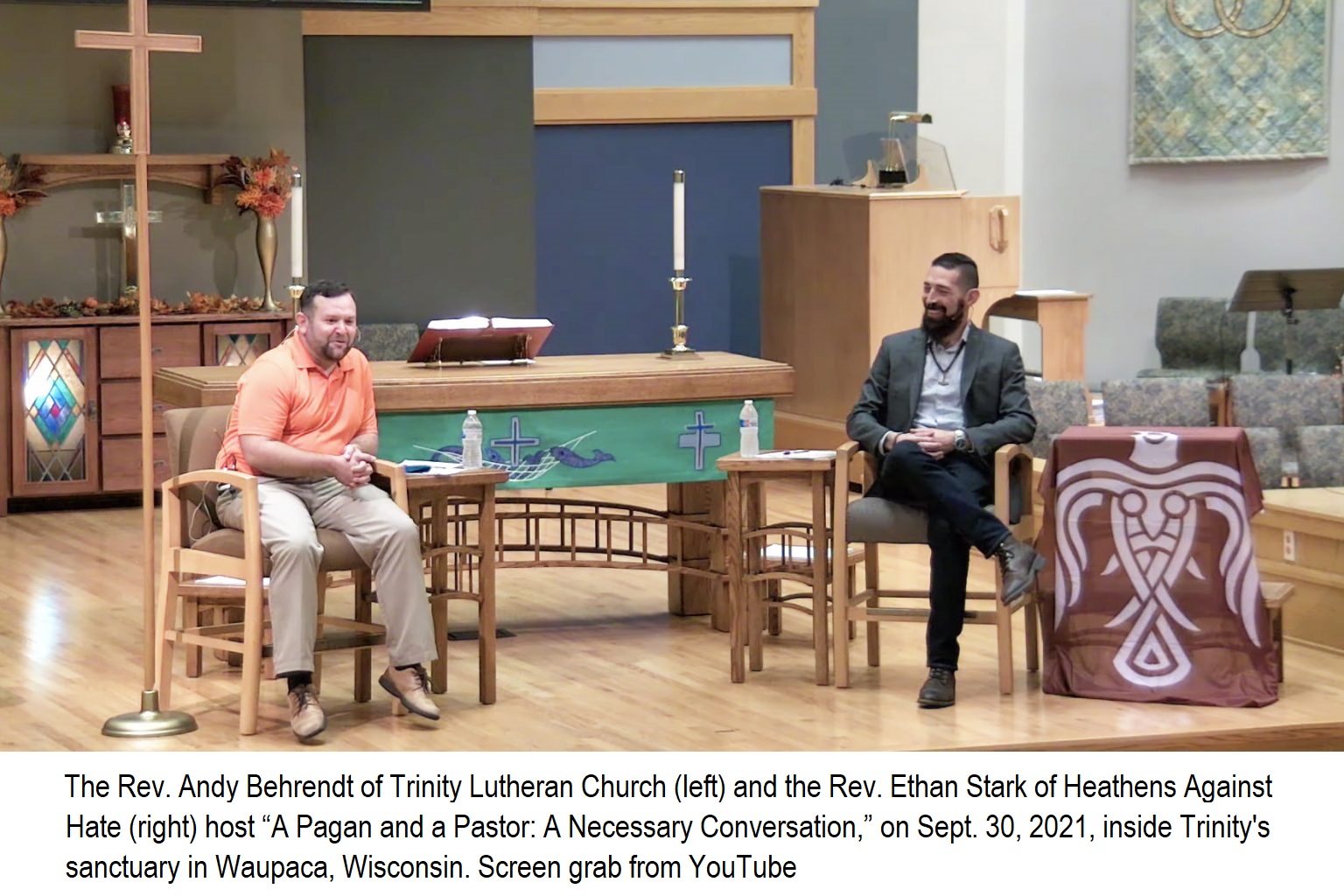 A Pagan and a Priest Walk into a Bar….

Reading an account of a dialog between a pagan clergyman and a pastor from the Evangelical Lutheran Church in America (‘We’re all interconnected’: Pagan, Christian clergy urge interfaith understanding (religionnews.com)) reminded me of some reflections on “Pentecostal Theology,” particularly as it applies to churches like the Yoido Full Gospel Church in Seoul, one of the largest in the world.

In his article, “The Contribution of David Yonggi Cho to a Contextual Theology in Korea” (Journal of Pentecostal Theology, 12.1, 2003), Allan Anderson rejects both liberal and conservative critiques of the church’s founding pastor, who recently passed away (Korean pastor David Yonggi Cho, founder of one of the world’s largest churches, has died (religionnews.com). These critics use either the American “prosperity gospel” or what some call “indigenization” to explain the growth of Cho’s church and Pentecostalism more generally outside of Europe and North America and assume that the Christian message is the same in all cultural contexts.

Even as Pastor Cho criticized the Buddhism of his youth – he had particularly harsh words for Zen – he also talked about a “fourth dimension” akin to the miraculous “healing” powers of Korean shamanism, Buddhism, yoga, and Japanese religions like Soka Gakkai. Cho also talked about an “evil spirit world” that he placed “under the power and authority of almighty God,” a view that enraged many non-Korea evangelicals. While Cho clearly distinguished Christian revelation from the traditional Asian religious view, his “experience of this Asian religious spirituality and its element of the miraculous” can be seen as the basis of a theology in which visions and dreams act as language, drawing the nascent believer in to what he called a process of “incubation” or “pregnancy” as a foundation to faith.

To develop his view of prosperity and the gospel, Anderson avers that Cho did not borrow from the North American “health and wealth” preachers. Rather, he relied on his personal experience of South Korean poverty and inequality, still depicted in movies like the Academy Award-wining “Parasite” and the new Netflix hit series, “Squid Game.” Cho preaches that prosperity “as an end in itself is evil, for God blesses his people only so that they may meet the needs of the poor and the needy.” And Cho criticizes western churches for becoming too secularized, particularly in their obsession with entertainment.

This is all pretty much foreign to many Americans, even people like me who have had extensive experience in Korea and China. But the great Christian philosopher, St. Anselm of Canterbury (aka “The Second Augustine”) noted that while unbelievers strive to understand because they do not believe and believers strive to understand because they do believe, both have the same object. For Anselm, faith plays the part of experience and precedes all reflection and discussion concerning “religious things.”

The conversation between the pagan and the pastor is scheduled to be repeated at the upcoming Parliament of the World’s Religions (October 16-18), which will be held virtually for the first time since it initially convened at the 1893 World’s Columbian Exposition in Chicago 2021 VIRTUAL | Parliament of the World’s Religions (parliamentofreligions.org) In the worlds of the pagan preacher, it’s a matter of being “interconnected” and “inseparable.” For “regardless of a difference of one God or many gods, we are still — at least to us theists — children of the divine, be it a single parent or a divine family that kind of watches over you.”

Share This
Previous Post
The Beauty of the Earth and Who are Humans that You are Mindful of Them?
Next Post
Thanksgiving and Feeding Our Neighbors