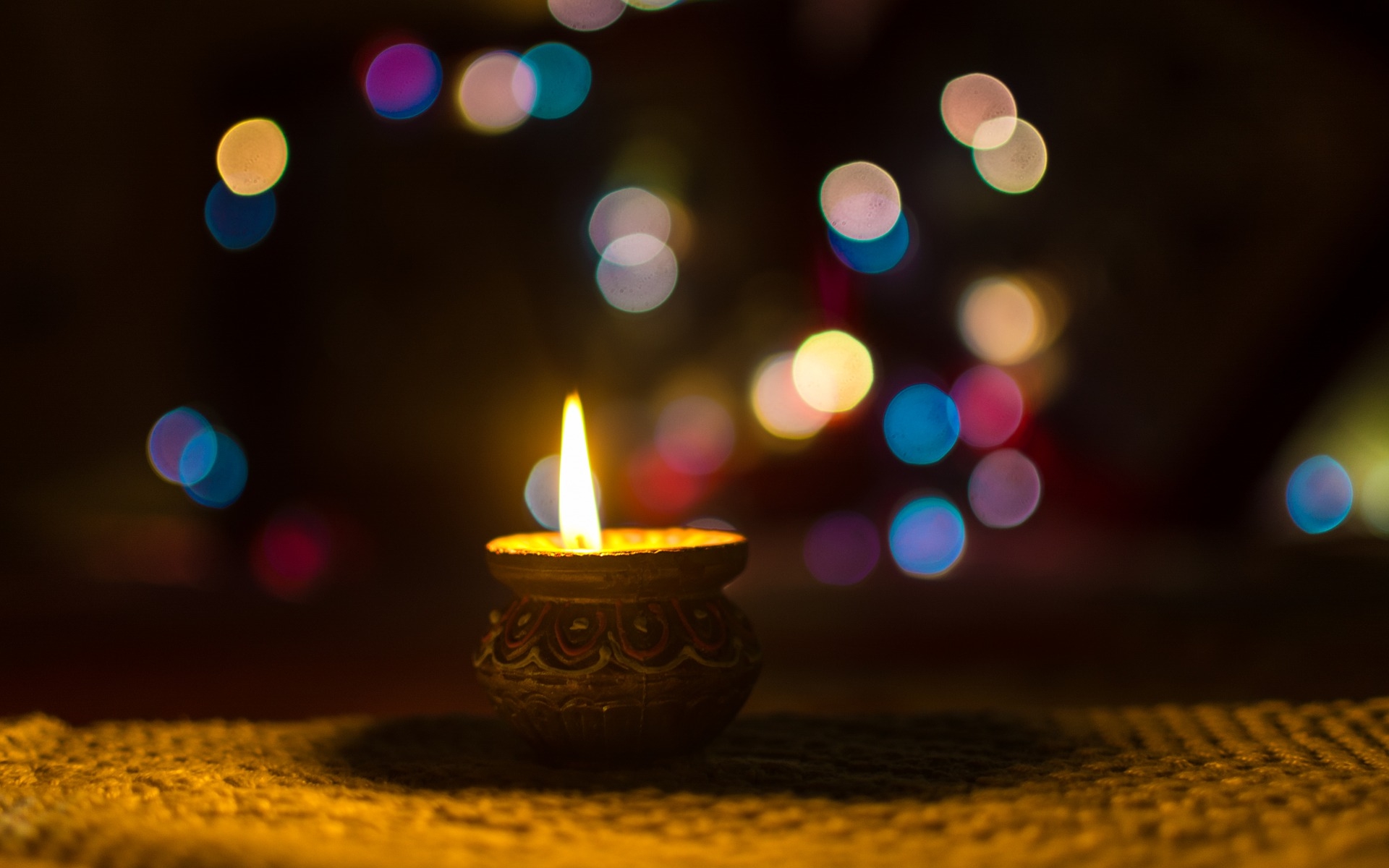 Today, we Sikhs celebrate two holy occasions. One is Diwali, the festival of light. Diwali translates as “row of lights.” In the darkest time of year, people celebrate life and love and the beginning of the Hindu New Year, with many forms of light: candles, fireworks, oil lamps, and electric lights. It’s a time of rejoicing in the midst of darkness. People gather together in joy and share many types of sweets. The Hindus honor Lakshmi, the goddess of blessings and prosperity.

At this time, we Sikhs also celebrate “Bandi Chor Diwas,” the day the Guru freed many people from prison.

During the sixteenth and seventeenth centuries, in India, there were ten successive Sikh Gurus, each of which was a pure channel of God’s love and wisdom. They all taught people how to live righteous lives of devotion, service and joy – to live in God-consciousness. Today, I’d like to share with you a story about Guru Hargobind Ji, the sixth Sikh Guru.

Guru Hargobind Ji was willingly imprisoned for a year, joining 52 princes who had been previously imprisoned for refusing to pay taxes to the emperor. Devoted Sikhs came there daily, and sang holy songs as they walked around the fortress where the Guru was imprisoned. After negotiations, in 1619, the emperor agreed to let the Guru go free. But the Guru refused to leave unless he could take the other prisoners with him. The emperor didn’t want to release the other prisoners, so he set what he thought was an insurmountable condition. The Guru could take out as many prisoners as could hold on to the hem of his robe. So, the Guru had a cloak made with fifty-two trailing panels. Each of the other prisoners held on to the end of one of the panels, and they all were released. The poor old emperor had to accept it. The Guru exemplified putting others before ourselves, and we can live by his example.

There were big celebrations on the Guru’s release, which happened at the same time as Diwali. Those light – filled celebrations continue annually today. Guru Hargobind Ji became known as Bandi Chor – the releaser of prisoners. The special holiday is called Bandi Chor Diwas – the day of Bandi Chor. We Sikhs celebrate Guru Hargobind Ji’s love for all, and the inspiring example he gave us all of making sure everyone is cared for, not just ourselves. He put others’ well-being before his own. May we all live in harmony with his divine example!

So, it’s a fantastic gift from God that we are able to combine two holy events into one uplifting celebration. We join others of Hindu faith, and those who celebrate the ancient tradition of Diwali, and also honor and celebrate the glory of Guru Hargobind Ji, the liberator. A very happy and reaffirming time, indeed! May you all experience the light, love, and joy of this auspicious time of year. You are always welcome to join us at Raj Khalsa Gurdwara, in Sterling, VA. God bless you all with love, light, and prosperity!