Chanukah, from the Beginning 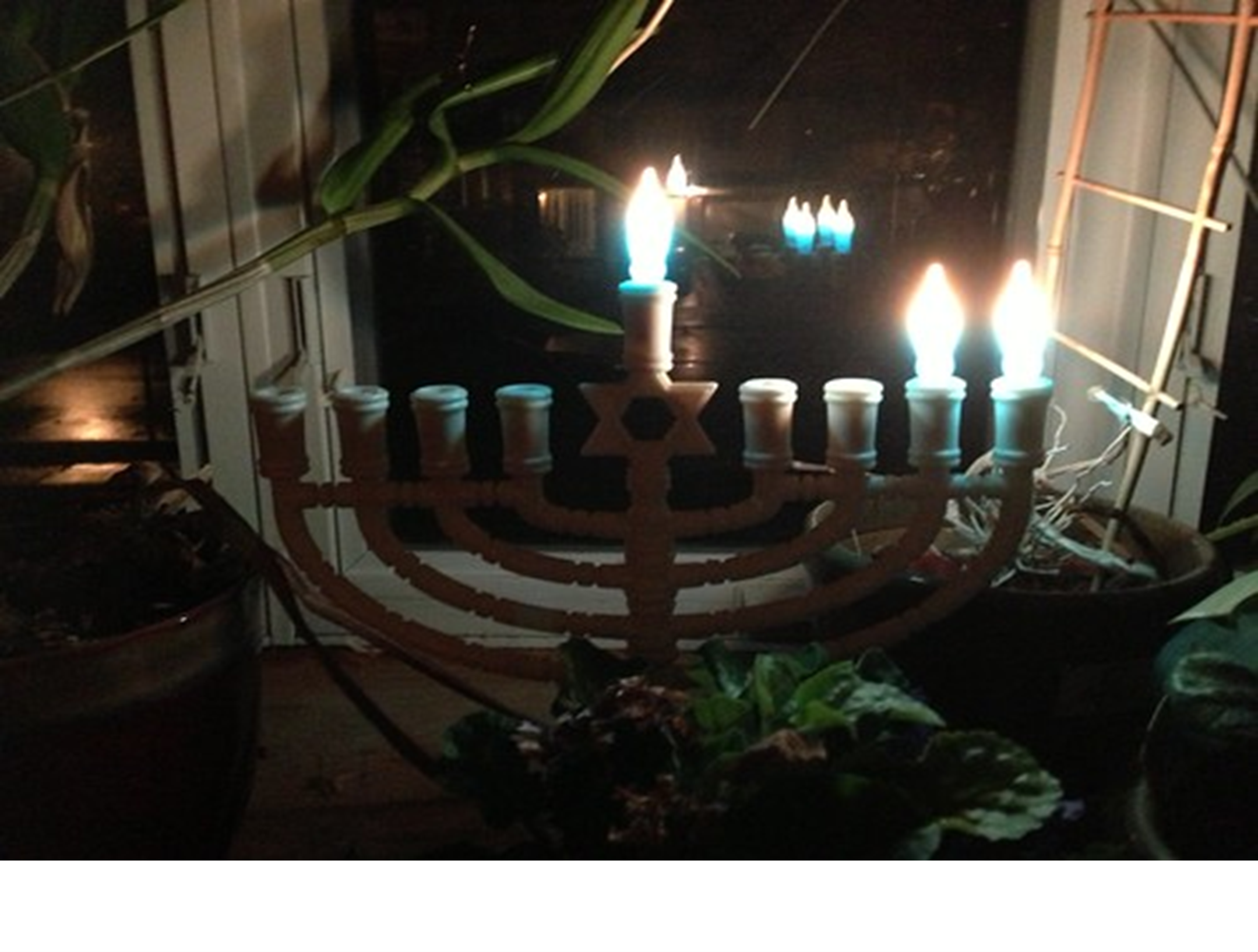 Chanukah, from the Beginning

Chanukah, or Hanukah or any of 14 other ways to spell it (because they are all transliterations from the Hebrew), is a Jewish winter holiday.  This is intentionally very vague, because there is so much more to explain.

First, what Chanukah is not.  It is not the Jewish Christmas. Although it became widely celebrated in the late 1800’s due to its proximity to Christmas, this holiday is really a minor holiday, coming from the Book of Maccabees which didn’t make it to the Jewish Bible (Tanakh).  The Book of Maccabees is one of the 14 books in the Apocrypha, from the Greek word meaning “hidden”. Scholars are still arguing about why it was left out, two possible reasons were that it was too new (written near the end of the 2nd century BCE), another that it wasn’t politically correct; fearing the alienation of the Romans with a story of the Jews who fought and beat another ruling power. And, that is what the holiday is all about. The Maccabees fought the Seleucids for freedom of religion, and won.

To celebrate the victory, the Jews went to rededicate the temple in Jerusalem which had been taken over by the Seleucids and defiled. The anniversary of this rededication is how the date for the Chanukah celebration was determined. Chanukah is always on the 25th of the Hebrew month of Kislev, which is on a different calendar system than the one we use.  This means that the actual date for the beginning of Chanukah on the Gregorian calendar changes every year and can be as early as November 28th, as it is this year, or be as late as December 25th, which will happen in 2024.

Another name for Chanukah is the Festival of Lights.  The story is that when the temple was finally cleansed, they found only enough oil to last one night, but by a miracle, it lasted for eight, and that is the reason for eight days of Chanukah.

Like all holidays and festivals, traditions abound and they can be different in different parts of the world. Fairly universal are the following:  lighting the Menorah (officially called a Hanukiah), starting with one candle the first night, lighting two the second night, etc.; eating foods that have been fried in oil such as potato latkes here, jelly donuts in Israel; giving gifts, traditionally gelt, the German and Yiddish word for money; and playing a game with a four-sided spinning top called a dreidel.

The lighting of the menorah in public goes back to the beginning of the holiday itself. The sages instructed that the menorah be lit at the entrance to one’s home to publicize the miracle.

Chanukah was first celebrated in the White House by President Truman in 1951 when Israel’s Prime Minister, David Ben Gurion presented him with a Hanukiah. It has been celebrated by every president since then. In modern times, lighting of the public menorahs started in 1974 in Philadelphia at the foot of the Liberty Bell. The largest Hanukiah in the world is in Grand Army Plaza in New York City.  It is 32 feet tall and weighs 4000 pounds.