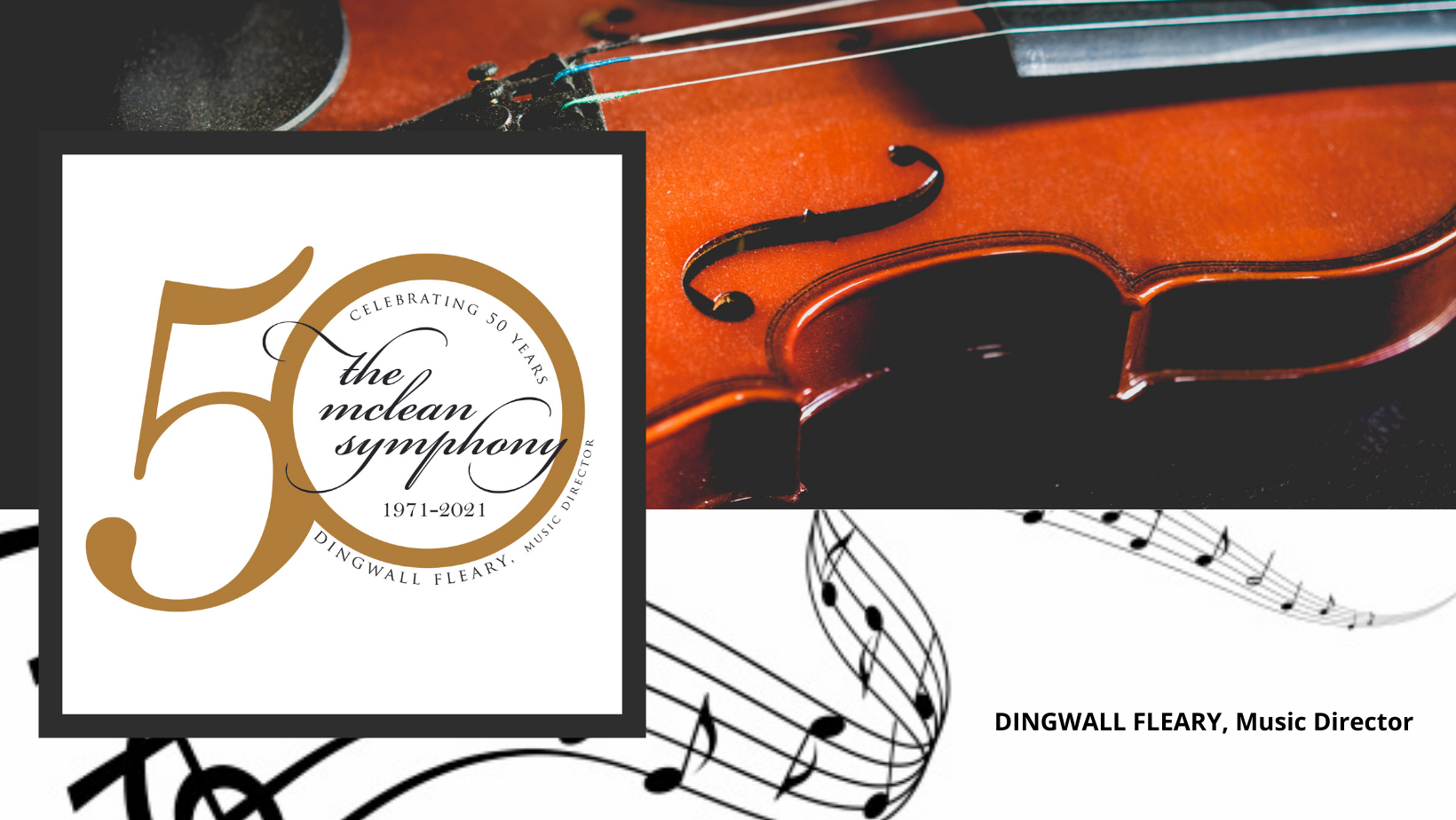 The McLean Symphony is a musical gem, right here in Tysons! It is an all-volunteer orchestra, composed of musicians living primarily in Fairfax County – our own friends and neighbors. It is the only symphony in the immediate Tysons area, and this is a very special year for them.

During the summer of 1970, directors of McLean’s Academy of Musical Arts asked young local conductor Dingwall Fleary to organize an amateur, grass-roots orchestra in the McLean Community. The primary purpose was to provide talented, non-professional instrumentalists an opportunity to perform publicly as an ensemble or orchestra. Among the earliest and most enthusiastic supporters were Washington Post editor and McLean resident Robert Ames Alden, his wife Diane, news correspondent Roger Mudd, and his wife “E.J.”

The McLean Chamber Orchestra, as it was known in 1971, has grown from the original 18 musicians to nearly 60 players. The orchestra’s expansion has led to broader and more diverse symphonic repertoire and an opportunity to feature up-and-coming, as well as established solo artists primarily based in the metropolitan Washington area. In addition to local concerts, the orchestra has been invited to play at the Wolf Trap Farm Park, the Kennedy Center, and Strathmore Hall. Over the years, under the continued leadership and guidance of its founding director, the group has developed into an impressive aggregation that proudly bears the name, The McLean Symphony!

The McLean Symphony will be performing a 50th Anniversary celebratory concert on Saturday evening, April 9th at Capital One Hall. Nicole Lacroix, host of WETA Classical, will host this special event, featuring music of American composers. The program will include the Third Symphony, in C Minor, by Florence Price; the Second Piano Concerto, in D Minor, by Edward MacDowell, featuring extraordinary virtuoso soloist, Carlos Ibay; and the premiere of Creatures of Darkness and Light, by Virginia-based composer, Nikita Wells. Anyone who enjoys live orchestral music is in for a treat if they attend this concert on April 9.

Though the McLean Symphony is a volunteer organization, they do incur expenses for music licenses, logistics, and guest performers. Those expenses are offset through ticket sales and by generous donors. Tickets for the April 9th concert may be purchased through Ticketmaster or through this link: The McLean Symphony 50th Anniversary Concert (capitalonehall.com). For the discounted pricing available to Tysons Interfaith members, friends, and those reading this blog, use code TMSFRIEND.

[When you call up or see the event on the Ticketmaster page, click “Unlock.” Enter TMSFRIEND. Click “unlock” to the right of the passcode. Verify the number of tickets you want to purchase and complete your transaction.]